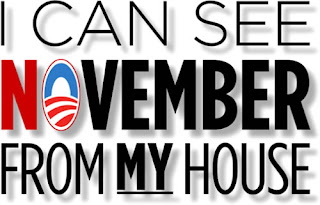 Since long before his election, the BBC has been fawning over The One.

After that the media has systematically ignored the failure of Hoax’n’Change, glossed over the rise of the Tea Party and dismissed the rise of small-government anti-Obama voices as ‘kooks’ and ‘racists’.
Tuesday sees the BBC’s runaway love-in coverage hit the buffers of the US electorate, and we’re going to live-blog the humiliation.
Shadowing the BBC’s live broadcast, we’ll be hosting a chat here which will also include a feed of the latest results. We’ll be analysing both the results as they come in, and the BBC’s reaction to them.
It’ll start at midnight, and we’ll be joined by readers from David’s other blog A Tangled Web and also All Seeing Eye and a couple of others to be confirmed.