THE KANGAROO COURT NO ONE CAN CHALLENGE… 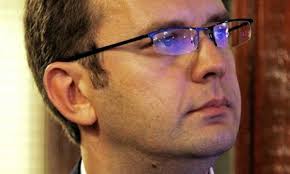 Andy Coulson may have authorised payments to police officers or the hacking of phones but he has not been charged or convicted yet….except in the BBC’s kangaroo court where verdict and sentence have already been pronounced and Cameron castigated for bad judgement by the BBC. 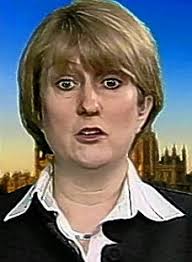 The same BBC that, as has been noted before, has quite happily employed Alistair Campbell.
The same BBC that we can see now trying to re-establish Labour’s jacqui Smith in the public’s consciousness as an uporight and respectable person.
The same Jacqui Smith that defrauded the public taxpayer of £116,000. Whilst many of her fellow MPs are now residing in jail she roams free in the corridors of the BBC….once again receiving fat cheques paid for by public generosity.
She was given a platform to talk about pornography, she has been a regular on the sofa with Michael Portillo on the political programme ‘This Week’ and today appears on ‘Saturday Live’ to talk about her inheritance tracks.
Hopefully no one will inherit her house (which ever one she decides is her main residence) as it must surely belong to the state now.

4 Responses to THE KANGAROO COURT NO ONE CAN CHALLENGE…