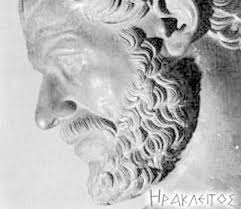 
“There will come atime when we have an answer to the climate change question. When that timecomes somebody may well sit down and write the history of this period intime…the history of the media coverage in particular. If they did what might they find?

They would find a world respected media organisation with a duty to providenews regardless of vested interests which has had its name and reputationdragged into the gutter by a cluster of senior journalists and presenters whofailed to uphold the high standards of impartiality and truthfulness that theBBC demanded of them. Climate change alone would be enough to tarnish the BBC’s reputation but addonto that its coverage of Europe, immigration, the Labour Party, Islam,terrorism and the Middle East and there is hardly an area of world events thatthe BBC has not mislead the British and world audience on.

It is unfortunate that no one can trust the BBC to give them the absolutetruth….any report from the BBC now has to be double checked and cross referenced…preferablywith the original source material or with other news organisations or expertcommentators. A recent example of this comes appropriately enough from their environmentcorrespondent Richard Black.

Here he tweets an attack on Bush….
@BBCRBlack via Twitter
Canada accused of ‘muzzling scientists’ http://t.co/I8iq2AO1@BBCPallab – another echo of US under George W Bush?

Bush was fully prepared to believe in man made climate change…he just wanteddefinitive proof…which we still don’t have. Read the Bush clean air speechbelow from 2002.

Black then goes onto attack the ‘new’ attempt to reduce emissions of othergases as short term …..
http://www.bbc.co.uk/news/science-environment-17073186
‘The US is leading a new six-nation initiative aimed at curbing climate changeby tackling short-lived warming agents including methane, black carbon andhydrofluorocarbons (HFCs).
(but)…according to the science, tackling short-lived climate pollutantsdoesn’t prevent global warming – it just delays it….. emphasising short-termwarmers in the absence of meaningful action on CO2, to some observers, smacksof short-term politics and an unwillingness to get to grips with the mainissue.’

Here he is clearly still pushing hard for CO2 reduction policies as moreeffective…despite methane being a more powerful greenhouse gas….butnote….although global warming is such an urgent priority Black tells us thatCO2 reduction will only be effective from 2060….’tackling CO2 and not doinganything about the short-lived substances sees more warming in the next fewdecades – but beyond about 2060, it’s more effective than tackling theshort-lived agents.’

Black’s logic fails spectacularly….because although methane may disappearfrom the atmosphere relatively quickly…it only disappears if you stop puttingmore up there….you don’t cut the grass once every summer….you have to keepcutting….keep putting methane into the air and its effects continue….it isdifferent methane but with the same effect.Guess you shouldn’t ask that old riddle of Black…is a river the same river aswater flows through it?


According to both Plato and Aristotle, Heraclitus held extreme views that ledto logical incoherence…..“Heraclitus, I believe, says that all things go andnothing stays, and comparing existents to the flow of a river, he says youcould not step twice into the same river”

Black, the new Heraclitus? ….’from the riddling nature of his philosophy andhis contempt for humankind in general, he was called “The Obscure”and the “Weeping Philosopher”.’

Compare that to this from Geoffrey Lean in the Telegraph who is a convinced climatechange advocate himself:

Then you may want to look at what George W. Bush actually said and did ratherthan the cheap jibes from Black and Co.

This is the up to date website for this programme:
http://www.epa.gov/globalmethane/basicinfo.htm
Then look at this from 2002:
http://georgewbush-whitehouse.archives.gov/news/releases/2002/02/20020214-5.html