The ‘Cost of Living Peacefully’ Crisis 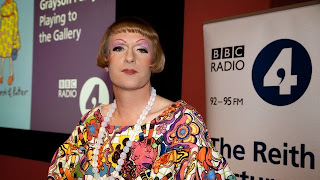 In the new edition of Standpoint, out this week, NCF director Peter Whittle writes that far from being cutting-edge, the British cultural establishment ignores the biggest threat to artistic freedom: radical Islam

It is indeed the increasing presence of Islam, and a fear of Islamism, which more than anything else has exposed the claims of the arts apologists to be seriously at the forefront of anything.

Over the past decade people in the arts have caved in and censored themselves at the prospect of Islamist reaction, sometimes out of fear of violence, other times a politically correct desire not to give offence, or because in some skewed way they feel their job is to stand up for those their dogma tells them are “victims”.

Grayson Perry should perhaps get the last word. In 2007 he declared in a statement which some admired for its honesty but others might have seen as depressing evidence of how meek our arts had become, that when it came to his own work, he had “not gone all out attacking Islamism because I feel the real fear that someone will slit my throat”.

All that time spent praising the Islamic ‘Golden Age’ and the ‘Religion of Peace’ and this is how they repay you….living in fear that uttering a wrong word will get your throat slit.

8 Responses to The ‘Cost of Living Peacefully’ Crisis