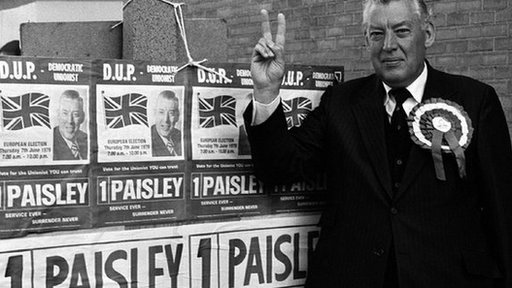 Listening to 5Live, Dominic Laurie I think, the most pressing issue was to ask, and keep asking, if the ‘intransigent’ Ian Paisley prevented the peace process from being successfully implemented much earlier….was it his fault the conflict kept going?

Might of course have had something to do with the IRA….I don’t know, but it’s possible.