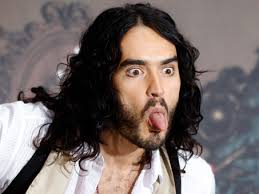 The Brand wagon keeps on rolling courtesy of the People’s BBC.

Kind of ironic really, a multi-millionaire living the celebrity lifestyle complaining about the plebs not having a voice, excluded by the Establishment…and yet it is not Joe Bloggs from Peckham who is given the chance to air his views, it is that multi-millionaire celebrity who has decided we all want a revolution and has been given the privileged position of a platform on the BBC to make sure we have to suffer one whether we want one or not….Brand apparently ‘giving voice to the populist resurgence of a serious but controversial idea: anarchism.’

Can’t say I have ever heard anarchism on the ballot sheet coming up as a topic in conversation…so just how ‘populist’ is it?

Start The Week sets the cultural agenda for the week ahead, with high-profile guests discussing the ideas behind their work in the fields of art, literature, film, science, history, society and politics.

Paxman and Evan Davis may have been willing to humour Brand but I got the impression Tom Sutcliffe, presenter of Start the Week, found Brand pretty tiresome and his ‘thoughts’ immature and not thought through.

Having listened to today’s show I admit to failing to see what Katz or any other BBC headshed finds so appealing or enlightening about Brand’s ideas.  They are not even his ideas, most borrowed piecemeal from the various gurus and sages he has spent the odd ten minutes with garnering their wisdom to be regurgitated in a torrent of babble.

The one point he has is that the politicians of all creeds and colours try to avoid actually putting into practise what the great unwashed want them to.

But that is hardly a new or original thought, just about anyone in the country could articulate that view, probably in a manner that makes far more sense than Brand does.  Certainly it doesn’t merit the status bestowed upon Brand by the BBC as the Lenin of our times.

Can’t help thinking it is just a cheap publicity stunt by the BBC to attract controversy and headlines for failing programmes like Newsnight.  Which is in itself a nail in the coffin as no one can now take Katz seriously, if they ever did.

Should you wish to know more of Brand’s brand of codswallop look no further…the BBC is naturally happy to oblige:

The Philosophy of Russell Brand

52 Responses to The Brand Wagon