Sex and the city, politics, showbiz….office romances and unwanted advances, wanted advances…..have we just woken up in the 16th century Puritan England or something?  Why all the shock and amazement?  Did nobody really know all of this went on?  Boris Becker shagging in a restaurant broom cupboard and Prezza doing it just about anywhere with his secretary….. 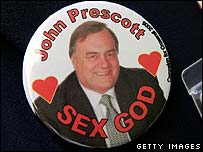 Sex, booze and power plays: 9 things nobody tells you before you get a job at Westminster

Once again the culture at Westminster is under the spotlight after Nigel Evans’s court case and young researchers reveal all about the ‘palace of sexminster’. But is it that bad? Political correspondent Sophy Ridge shares her insight and tips.

Three years of drinking, late nights and infidelity are the perfect preparation for a job in the historic seat of government.

A survey for Channel Four News claimed that a third of the young men and women working in Parliament — nicknamed “the palace of sexminster” — had suffered sexual harassment. One worker, who did not want to be identified, said he was “asked to go to the gents by a certain MP who had always been a nice guy”.

And of course there was Lord Rennard in 2013…

Undoubtedly if  you dig further you will find case after case going on back into the mists of time…but now its new news?

A lot of it seems to be born again virgins shocked, yes shocked, at men making advances to them…such as the BBC woman whose colleague, over dinner, told her she was sexy, or the woman who showed a photo to her boss who told her she looked good….apparently both are sexual harassment.  I don’t know any women, or for that matter girls, who would not put a bloke in his place in no uncertain terms if if he said a word or put a hand out of place.

Have to say women are just as prone to exactly the same behaviour as men, admittedly they are not so often in positions of authority which may be used to ‘persuade’ someone to comply but if they were…watch out.

Some women need to grow up and realise men and women are by nature inclined to try it on as are all animals, for others it may be more serious but they should have said something at the time especially if it was a case of being told ‘do this if you want to keep your job’…that has to be near rape if not actual rape.

The only pleasure here is that the BBC is in a bind…it would love to hit the Tories hard but of course it has its own problems, Savile aside, with sex abuse in its own ranks and discrimination on many levels such as pay and older women being sidelined.  It gave Corbyn lots of airtime to strut about pronouncing his determination to ‘do something’…can only imagine both he and the BBC thought this would be limited to the Tories on the WhatsApp hit list, a rather foolish hope I’d have thought, or that he knew Labour would get dragged in and he was pre-empting that with a bit of help from his friends.

I see the BBC reporting this….

Commons Speaker John Bercow has said there must be “zero tolerance” of sexual harassment in Parliament as ministers vowed action “within days” to improve the way complaints are handled.

All parties, he said, must have “credible” staff grievance procedures.

Wasn’t long ago that he didn’t want to know…

Since the Whips Office is hopelessly conflicted when it comes to investigating serious complaints against MPs – and since one of the complaints was about its original handling of the allegation – I made appointments for both men to see the Speaker, John Bercow. After the first meeting, he took legal advice, then sent a member of his staff to tell me that he could not become involved. The messenger repeatedly told me that his job was to protect the Speaker. So the only avenue open to the complainants was to go to the police.

Strictly  legally he may not have been able to become involved in disciplinary matters relating to this but in his capacity he could of course have driven an agenda for change….did he?  No.

Let’s have some more perspective and context from the BBC on this matter.

22 Responses to Withnail and #MeToo