Nick Robinson…Enemy of The People? 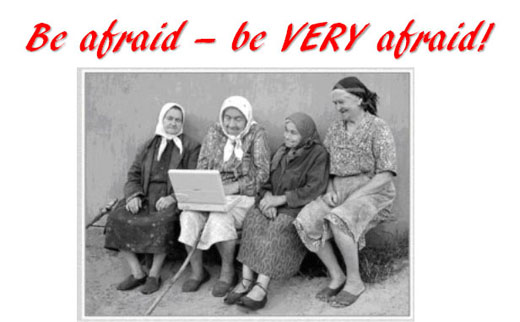 The BBC faithfully serves the devious needs of a foreign master, the EU, as it disseminates information that favours the EU world-view, and misinformation when it comes to those who oppose the EU’s ever-growing power and influence over our lives.  The BBC betrays not only its funding principles but the country it supposedly represents.

Nick Robinson seems quite happy to put his name to that betrayal as he continually presents as fact, in both the Today show and the pro-EU Sunday Mail, that Brexit was won by Putin claiming that the People didn’t really want Brexit, their minds were manipulated..the silly, simple-minded fools….

If you can game the algorithms it is all too easy to manipulate the emotions of a large part of the population.

That’s why we all need to wise up to what is going on: a state-sponsored effort to hack into our national conversation. It’s why politicians, social media companies and we as citizens should do more to protect our democracy and freedoms.

So, was it ‘the Kremlin wot won it’? So far, there is no firm evidence the Kremlin tried to, let alone succeeded, in bringing about Brexit. However, we do need to ask why so many tweets and posts about the things which divide people in the UK seem to come from Russia.

I am not arguing that those who backed Brexit or Scottish independence fell for a foreign plot. But we need to understand why the Kremlin might want to set up its own TV news network in London called RT, or Russia Today, and a news agency in Edinburgh called Sputnik.

So having a news organisation in a country means you are plotting the downfall of that country?…..

The BBC has opened a new Bureau in Moscow.

With new, state of the art technology, the bureau is the largest international broadcast operation in Russia and brings together for the first time journalists and production staff from each of the BBC’s different news operations.

The bureau, which began operating this week, is the BBC’s largest news operation in the world, outside of the UK.

The new bureau has additional broadcasting facilities, with seven radio studios and a television studio as well as indoor and outdoor live broadcast points.

Then what of this?

‘….why so many tweets and posts about the things which divide people in the UK seem to come from Russia.’

So all those news broadcasts, not just Tweets and other social media publications, from the BBC trashing Trump are not equally an attempt to subvert American democracy?  How about the outrageously dangerous claims from the BBC that white police officers in America are ‘executing’ unarmed Black men when that is totally untrue…such stories led to the death of many police officers then targeted by Black killers.  The BBC plays a very dangerous game.

Robinson has placed himself front and centre of the campaign to undermine Brexit, this is blatantly part of the highly political and partisan pro-EU Project Fear, a project whch failed miserably despite having the might of the combined forces of the world’s finest and most powerful cheerleading for it…Obama, the Clintons, Merkel, Cameron, the BBC, vast arrays of businessmen and banks, ‘respected’ international institutes such as the IMF and…Putin?

What’s missing from Robinson’s puff piece is any mention that Putin also shilled for the Remainders….his aim is to divide and rule, to sow as much confusion, doubt and instability as possible…thus it is logical that he would back both teams if any at all…as he quite possibly did in the American election….why is it that the BBC claims Putin supported Trump and yet can also report that serving Russian intelligence officers fed our very own 003.5 a pack of lies that damned Trump and still claim Putin only tried to help Trump and not Clinton…also ignoring the millions of $ of Russian money that flooded into Clinton accounts?  The BBC ignores all that preferring to say Trump won because Putin won it for him and thus it wasn’t a legitimate election….and they do the same with Brexit…happily ignoring any possibility that the dread Russian tweeters also helped Remain and never mind that massive ‘Establishment’ push for Remain…against which we had essentially Boris and Nigel Farage and a red double-decker bus [which the BBC normally tells us is ‘wot won it for Leave’.…maybe Putin paid for the bus?  or was it a vast programme of data mining and targeted canvassing as the BBC also claimed?  or was it the young were robbed of a chance to vote on their future?…as in 1975 then?].  Why doesn’t the BBC just come clean and admit it hates Brexit and is going to ignore it completely and pretend it never happened instead of inventing ever more preposterous excuses for the failure, not just of Project Fear, but of the Grand Project of the EU itself?

Amusing how Robinson recruits May’s last statement about the threat of Russian  interference in the West to his cause….when she first made that statement the BBC ridiculed her and mocked her and defended Russia….even as Robinson first made his conspiracy theory public….

Has Lord Hall Hall been handed a large brown envelope of roubles, has he been on the vodka, has he been seduced by a Russian temptress and rudely compromised?  Who knows but the BBC is suddenly very Putin friendly as it mocks May for her warning to Russia to stop interfering in British democracy.  What a turn around by the BBC.

It was only a week ago that the brilliant Nick Robinson was giving us alarming news that both the Brexit referendum and the general election had been hacked by the Russians….indeed the BBC and MPs have been hot on the trail…

‘British MPs have asked Facebook if it has evidence of paid-for activity by accounts linked to Russia at the time of the Brexit referendum.’

Interesting when Robinson does a roll-call of elections he claims the Russians have tried to influence he doesn’t mention the German one….because it is known they didn’t.  He asks no  questions…such as why they wouldn’t interfere in an election that was pretty much a sure-fire win for Merkel?  Maybe they really, really like Merkel….who was working as an eager young communist in East Germany when Putin was a KGB officer in the same town.   Germany and Merkel run the EU….if Merkel is the Russians’ most successful plant then the Russians ‘run’ the EU.

Far more plausible than a few tweeters in a Moscow flat deciding the fate of Brexit you might think….certainly worth  a mention……and I suppose 4 million voted for UKIP due to the Russians?  If the might of the BBC can’t persuade people not to vote for the nazifacistracistlittleenglanders of UKIP I’m not sure a few tweets or facebook posts will have much effect.

The BBC is the biggest troll factory out there pumping out endless fake news and alternative facts.

and Nick Robinson is a waste of space.

34 Responses to Nick Robinson…Enemy of The People?