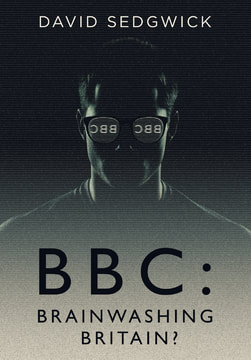 David Sedgwick’s latest book takes the reader on a disturbing journey deep into the realms of mistruth and deception to reveal, for the very first time, the many tricks and subterfuges used by the British Broadcasting Corporation.

Every time we engage with BBC content, the author argues, we are exposing ourselves to a very dark art: the art of brainwashing. Wilful, deceitful and incessant, Orwellian parallels define the modern corporation and should chill the soul of all who cherish freedom and liberty. Mind  control is here. This is not fiction.

BBC: Brainwashing Britain? is a shocking expose of mass propaganda, its components and aims. You may never look at Auntie in the same way ever again.”

I commend David’s book and will be doing a video interview with David in January!