Anyone read Mark Mardell’s latest blog entry here? It seems that our Mark, once so to the fore in propagandising for the Obamessiah, is now starting to worry that things might turn out too well for The One.

John Podesta (head of Obama’s transition team and former Clinton chief of staff) “compared Obama to Spock from Star Trek. … Podesta was not sure Obama felt anything, especially in his gut. He intellectualized and then charted the path forward, essentially picking up the emotions of others and translating them into ideas” It is rarely good for a politician to lack gut instincts. But at the moment it is the president who needs a good translator, to turn his his ideas into emotion that inspires others.

I love the way Mardell turns to the New York Times as his source for evaluating how well things are going for the White House but even the left-leaning Times is now gunning for Obama. The Mid-terms are going prove very turbulent for Obama and his media sooth-sayers. Tough times for Marky ahead..

BBC fixated on Red Ed all day and his “triumphant” speech at the Labour conference. Look at the slide show the BBC is running here on their main news portal. Smiling faces, entranced photogenic fans smiling at the dear leader, and, of course, the sheer joy they fell when Red Ed puts the boot into former Comrades Blair and Brown. Today is day zero, mark it. 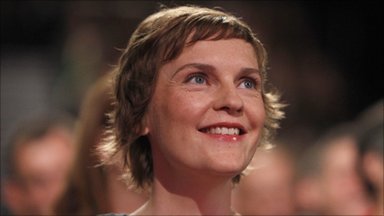 For those without the patience to plough through long posts on B-BBC, I urge you to make one special effort to read this terrific sermon brought to us by Phyllis Chesler.
Everyone, especially the appeasing BBC should read Rabbi Lewis’s words. Every single one.

“We ought to have called on you before, and I beg your pardon for intruding now in this informal way, but your house is on fire.”

Yes, freedom of speech stops at a boundary of shouting “fire!” in a crowded theatre. But when there actually is a fire, that’s where it must start.

Hey folks – this is RED ED day on the BBC and anyone who has had the misfortune top listen in to the dreadfully biased Today programme will already know it. All morning we have had breathless commentary from the BBC with each presenter trying to outdo the other on how fawning they can be towards  Ed “I’m my own man” Miliband (sponsored by Derek Simpson). EVEN Thought for the Day suggested a Biblical blessing on the brothers Miliband. I also love the way the BBC seek to sanitise Red Ed’s attitude towards the free market, with all reference to his rabidly marxist father’s influence carefully air-brushed out it. Kim Jung il would be proud of the BBC just as I’m ashamed by it.

Ceri Thomas said the political blogosphere had a resonance in Westminster but it did not have a great purchase outside Westminster.  But the Today programme now realised the importance of social networking sites like Twitter and Facebook. ‘I get more story ideas from Twitter than from anywhere else… it has become the single most useful way to get information although that was not the case during the general election’.

Out: if it bleeds, it leads. In: if the luvvies tweet it, Today will repeat it.

Where once BBC editors would have to wait until the next dinner party to hear the bleeding-heart concerns of like-minded media types, now it’s all instant – news determined by the daily fancies of the right-on metropolitan echo chamber. Same as it ever was, only more so.

(Luckily for the Today programme Stephen Fry hasn’t expressed an opinion on the dropping of the New Black Panther voter intimidation case.)

Richard Black, discussing windfarms, gives unmoderated almost endless space to a nutter who wants to get rid of Britain’s planning laws so that millions of acres of our countryside can be blighted by these unnecessary monstrosities. He fails to mention anything about the huge cost or the level of subsidy required – facts easily available to him via Christopher Booker’s column.

This BBC article tells us that Wembley stadium is selling halal meat to its customers whether they like it or not. But don’t worry, friends. It has a quote from a Muslim saying that slitting an unstunned and fully conscious animal’s throat – as is required in this barbaric ritual – is not cruel. Missing from the BBC is any mention that to their eternal shame, Waitrose, Tesco’s and M and S have all, like Wembley, been lying through their teeth about their alleged commitment to animal welfare. All of them think it’s OK to sell us without telling us meat that has been slaughtered in this vile way. For the BBC, of course, it’s not an issue; anything Muslims do in the name of their religion must be condoned – or brushed under the carpet.

Here’s another bit from the (tree) Telegraph, reminiscent of a similar postI took from the Telegraph about the Balen Report.
Tim Walker of Mandrake has this:

“While it is always a joy to see Polly Toynbee and her chums on the BBC, (funny haha) I was still minded to put in a request under the Freedom of Information Act, to ascertain how often – if at all- newspaper journalists who feel more positively about the Coalition are invited on to the BBC News Channel.
One month on, I have a response of sorts. “The information you have requested is excluded from the Act because it is held for the purpose of ‘journalism, art or literature’ and it would, in any case, be an enormous amount of work to try to find the information” says Stephanie Harris of the corporation. “the BBC is not required to supply information held for the purposes of creating the BBC’s output of information that supports- and is closely associated with – these creative activities.”
If anything has ever highlighted the nonsense of the FOI legislation then this, surely has to be it.”

Hmm. Anyone would think that he’d read this blog. Craig, if you ever do the enormous amount of work required to find out the information, I’d send your bill in to the Telegraph.

Remember that people with a Left-liberal/BBC/public sector worldview believe that they hold the centre ground. They regard any reform of the public sector as “Right-wing” and all spending cuts (including those few they grudgingly acknowledge need to be made) as representing a tack to the Right. Ask yourself what policies you’d have to adopt to earn the adjective “Left-wing” on the Today programme… (Ed M. will) stick to his insane socialist position of maintaining the current size of the state, and that will be enough for Today to place him in the middle of their political spectrum. My guess is that the BBC’s ground troops at White City were in Ed’s camp, not David’s. Now he’s about to reap the benefit. 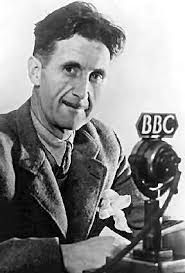 Orwell saw them as a variation on the Ministry of Truth and he should know as he worked for them. New weekl, new open thread, ready, aim, FIRE…

My heart was breaking for poor holocaust denier Mahmoud Abbas who has been put “in a difficult position” according to the BBC’s Jon Donnison by those pesky Jews. The pro-Palestinian sympathy seeps out of this report as once again the BBC circle the wagons around Netanyahu.