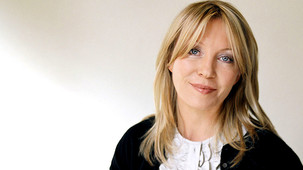 A Biased BBC reader writes with regard to the episode of Desert Island Discs broadcast on Saturday 11th June between 9 and 10.30am. This was the edition where listeners got the chance to have THEIR selections played;

“I listened for lessthan half of its length but switched off because of the implicit anti-white,anti-UK sentiments selected for broadcast.

One apparently English listener (about 10 minutes in) related how the Windrushimmigrants had been told the streets of London were paved with gold and hadended up doing menial jobs while living in rubbish conditions (the same astheir East End neighbours, of which she was one!). But their music and partieswere marvellous, she said…

Another – with an apparently English name and accent (38 minutes in) – told howhe could not survive on the desert island (Kirsty Young’s words) without theSouth African national anthem. He had had to pull over at hearing it whiledriving because of his tears at realising that the illegal ANC anthem had nowbecome the official one of South Africa.

Cut back to the studio and one of the resident “experts” informed usthat the SA one was “the best national anthem” particularly as”we all feel disappointed in our own national anthem which is mournfulrather than uplifting”.

HE NEVER ASKED MY OPINION SO HE DOESN’T SPEAK FOR ME.

Impartial Scottish lass Kirsty then chimed in to remind us how much better alsowas Flower Of Scotland as an anthem. Unable to listen to any more of this biased Beeboid bilge I switched off and sothere may be futher instances in a programme lasting 90 minutes. I’m afraid mystomach just isn’t strong enough to research it.”

Mine neither. The only thing I like about the programme is the theme music so I think that would be my choice if invited on it. In the meantime, it’s lefty politics to a sound track or two.