The blessed Frau Merkel has voted against same-sex marriage….but the BBC does not think she is backward and unpleasant as they do the DUP…in fact they think that ‘she will go down in history as the Chancellor who made it possible’ [to have same sex marriage]…despite voting against it.  Gotta love the BBC.

Oh look…the DUP are against abortion, as are Sinn Fein and indeed most of Ireland…..and yet it is the DUP who get the abuse…today Emma Barnett wanted to know how a Tory could contemplate an alliance with such party as the  DUP which is clearly beyond the civilised pale...and yet…

A 2008 parliamentary move to extend the 1967 act to Northern Ireland was blocked by then-Leader of the Commons Harriet Harman. At the time the government said it feared the existing UK abortion laws could have been threatened in the House of Lords as a result had the vote passed. But there was speculation that the Labour government had struck a deal with the Democratic Unionist Party to leave the abortion laws intact in return for their support for its plans to detain terrorism suspects without charge for 42 days.

Often faulted by critics as not being sufficiently clear when it comes to the Church’s negative judgment on abortion, Pope Francis on Sunday couldn’t have been more firm in calling it a “very grave sin” and a “horrendous crime.”

“I was thinking on the attitude of sending the kids back before they’re born, this horrendous crime, they send them back because it’s better like that, because it’s more comfortable, it’s a great responsibility- a very grave sin,” Francis said.

And what about same-sex marriage Popey old fellow?

Whhhaaaat?  The Pope is against gay marriage and abortion and craps in the woods….no utter condemnation, vilification and demonisation from the BBC?

Just what is it about the Loyalist DUP that the BBC hates so much?  Maybe if they killed as many innocent men, women and children like Sinn Fein’s brothers in arms, the IRA, did the BBC would celebrate the DUP as they do the IRA or indeed Muslim terrorists [no doubt also against gay marriage and abortion] whom the BBC declare will one day, in that rewritten BBC history where Merkel is a gay marriage heroine, are to be thought of in the same light as Churchill, Mandela and Ghandi with their revolutionary thinking and courageous and bold stand against an oppressive western liberal mentality that er…forces them to accept gay marriage and abortions! 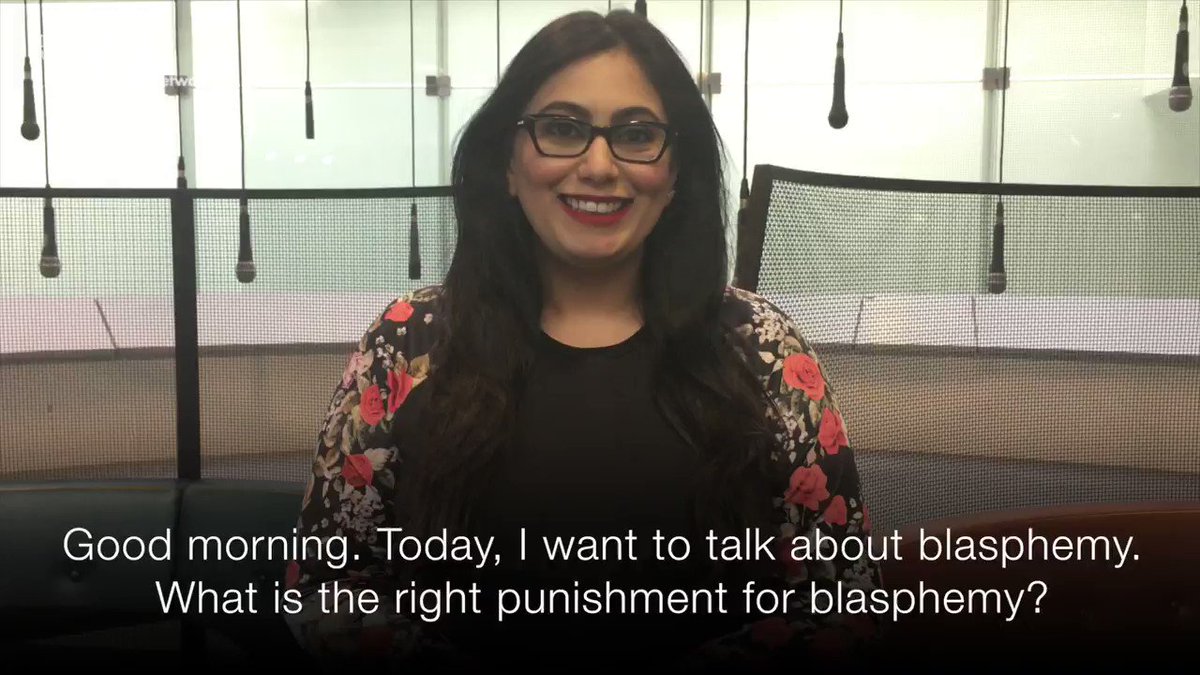 What is the right punishment for blasphemy? Tweet @ShaziaAwan with what you think using the hashtag #AsianNetwork

The BBC also targeted George Bush and Trump for their stance on abortion….kind of forming a pattern here…right-wing, conservative and you oppose abortion…evil, backward and unpleasant…..left-wing and oppose abortion?….you’re conflicted, you want to change but are trapped by custom, tradition and a system set against you…and whatever…you’re left-wing and we at the BBC will support you whatever.

The BBC loves this guy….despite his ‘social conservatism’……

‘I’d like to write a piece for the Mail making the left-wing case against abortion, or a piece on why marriage should be a Labour value, and not just a Conservative one. My own unabashed social conservatism on such issues derives from my Islamic faith.’ 6 Responses to Holier than thou