I invite you to listen to this debate on the BBC this morning on the issue of the UK Border Agency. Consider the way Alan Johnson gets to open the debate without any interruption from Naughtie. Then, Conservative Mark Reckless gets as far as his first sentence and …bang on cue..interruption and heckle. (“People of Eastern Europe have a right to come and work here”) What is truly amazing is that the BBC are allowing Labour to present themselves as the tough guys, the efficient guys, on Immigration. It’s as if 1997-2010 never happened! 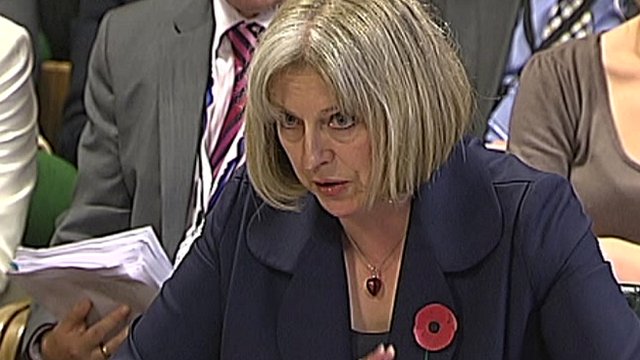 I’m sure you will have been following the BBC coverage of the “Open Borders” issue. Now like everyone else, I expect that UK borders are securely guarded and I have grave doubts regarding Theresa May’s abilities anyway. HOWEVER, the BBC is clearly pursuing a conquer and divide approach to this story, as is all too evident in this coverage;

The suspended UK Border Force chief Brodie Clark has been treated with “contempt” by Home Secretary Theresa May, his union officials have said. The First Division Association’s Paul Whiteman said: “It is astonishing the home secretary [declared] him guilty before he had a chance of responding.”

The BBC is giving full spin benefit to those Trade Unionists who are out to get the head of May and save that of Clark. There is the continual meme that May has failed, that she was secretly behind the neglect of duty, and May must go but I don’t quite recall the same BBC focus given to spectacular failings of successive Labour Home Secretaries who presided over vast numbers of illegals getting into our country.