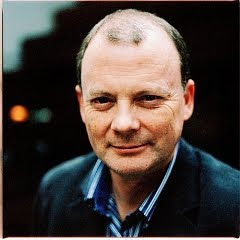 I was very pleased when Richard Sambrook contacted B-BBC, ostensibly to put the record straight about why he had spoken to the Common Purpose group. My recollection of him – mainly from when he was head of newsgathering at the BBC back in the 1990s – was that he was a pleasant, congenial man, and I thought he had been in touch because he thought my concerns about CP at the BBC were overblown.

Having dug a little, I am not so sure. Mr Sambrook was at the BBC for 30 years and he rose to become head of news, the most senior post in the news division, before blotting his copybook over the Andrew Gilligan claims about the Iraq war and the ensuing battle with Alastair Campbell and NuLabour. Soon after Greg Dyke (the most unplesant man in television I ever had dealings with) left the corporation following the Hutton inquiry, Richard was quietly moved into a different job as head of “global news”, which in practice meant that he had been demoted and – in BBC terms – exiled to the chilly corridors of the World Service. A bit like going to Siberia. However, he remained part of the Byfield-Thompson axis, and may thus be seen as one of the most pivotal figures in BBC news over a generation.

He left the corporation after 30 years about a year ago to join the London office of an outfit called Edelman, which boasts that it is the world’s largest indepedent PR company, with 3,300 employees and no less than 54 offices worldwide. His role is Global Vice Chairman and Chief Content Officer and with such a lord-high-everything name, no doubt has important influence there. So far so good, there’s nothing intrinsically wrong with PR (though some may disagree).

However, when I probed Edelman further, I began to smell a rat. In fact several. First, one of the most prominent boasts on Edeleman’s flash website is of working on this campaign:

So Edelman are prominently part of the UN-biodiversity gravy train. Admittedly, that’s only one account of many they boast about, but I dug deeper. What I then found was this document, which, masquerading under a jargon title of “public engagement”, is actually a manual (scroll down to page 10 onwards) that could be taken straight from the Common Purpose or UN charter about “sustainability”, the code-word for greenie activism. The I found Edelman had been hired by energy company E.On at the time of the Kingsnorth power station protests. To cut a long story short, E.On has since become one of the world cheerleaders about AGW (presumably in reality because it is after the jampot of renewable energy subsidies) but under the cloak of Edelman’s crafty creed of “social responsibility” and and saving the world. Edelman has also been plugging for years press releases based on surveys it has commissioned that purport to show that business leaders round the world also support urgent action on sustainability and climate change.

So to sum up. Richard Sambrook, who professes that he is not really involved in Common Purpose, now works for an outfit that through its 54 branches worldwide seems to be a cheerleader for action on the green creed. That activism is cloaked in mealy-mouthed jargon PR words, but that’s what is involved. Mr Sambrook also – having worked for the BBC for 30 years as a key figure in news – must share responsibility for the fact that the BBC, too, is a virtually unqualified supporter of that same green creed. Common Purpose, as far as I can see, is simply another arm of that religion and that activism. My jury is out about how sinister or effective it is as an organisation, but that’s not the point.

All of this may be circumstantial, but my conclusion is that this is evidence that Mr Sambrook is an influential figure who is an integral part of the process of thoughtspeak that has now infected almost every facet of corporate and media communications. The only way these connections come to light is through sustained digging. What else is there?

Update: There’s far more than I first found in Edelman’s links with AGW, to the point that advocacy is clearly a speciality. Could Mr Sambrook’s BBC credentials on climate change be partly why he was hired? Here, they are handling a major Europe-wide initiative with the British Council to brainwash youngsters; and here, they are urging – at the behest of the fanatics at WWF – the whole of Hong Kong to switch out the lights in pursuit of their goals.