A Biased BBC reader remarks on the all too obvious multicultural engineering that is going on in Newsround – the BBC children’s programme.

“I only noticed it because my kids watch it, but if you would care to google image “newsround presenters” you will see that the ratio of Black and Ethnics Minorities presenters to white presenters is just about the opposite of what the ratio is in the country as a whole, ie overwhelmingly BEM presenters. This is no coincidence I am sure but an attempt to push the multicultural agenda onto a generation of young minds.” 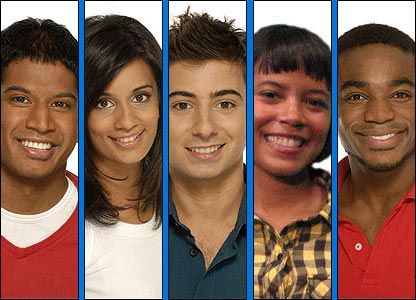 I was on a BBC pilot programme the other week, it’s for the news series of Sunday Morning Live. At one point, the presenter alleged that multiculturalism was surely a good thing. I out her straight on that, to her evident chagrin. The prevailing wisdom at the BBC is that multiculturalism is a good thing and only bad fascists oppose this concept. As the Biased BBC reader points out, the BBC can use their power to instil this into young minds, as the Newround instance clearly demonstrates. Still, better than being “hideously white”…right?