And just when it seemed like the BBC might be having second thoughts on the validity of the AGW agenda is has pursued with such vigour!

“Three UK groups studying climate change have issued an unprecedented statement about the dangers of failing to cut emissions of greenhouse gases. The Royal Society, Met Office, and Natural Environment Research Council say the science underpinning climate change is more alarming than ever. They say the 2007 UK floods, 2003 heatwave in Europe and recent droughts were consistent with emerging patterns. Their comments came ahead of crunch UN climate talks in Copenhagen next month.”

The tone and content of the debate this morning could not be clearer – the world is going to suffer unprecedented global warming unless our leaders at Copenhagen gain agreement on how to tax the hell out of us and cripple our economies. Talk about hot air…

Anyone listen to Al Gore interviewed – if that is the right word for it – on “Today” this morning? I was hoping that Naughtie might have found the time to ask Gore how it feels to be the first Green Billionaire, or perhaps why he has not given up eating meat yet, given the perils of meat eating highlighted by the IPCC no less! But alas, his fawning left no time for such questioning!

Yes, sunhats off to Tyler at Burning our Money who draws something to my attention: the reason the BBC are biased on the “climate change” issue is because they decided to be two years ago. This decision may be rather more controversial now than then, as sceptics are more organised and data more negative for the AGW hypothesis. DV mentioned a related study last week.

I can’t have been reading the excellent Mr Tyler’s blog back then, or if I did I missed it; certainly Jeremy Paxman seemed to have missed it when he said that “People who know a lot more than I do may be right when they claim that [global warming] is the consequence of our own behaviour. I assume that this is why the BBC’s coverage of the issue abandoned the pretence of impartiality long ago” (as chronicled in our sidebar). He assumed correctly (in a sense), but he needn’t have assumed. [in fact I think Paxman may have been having a dig here: a long time ago being well before it became official BBC policy]

Tyler reported in ’07 (and I missed) that the BBC in their report called, ahem, “safeguarding impartiality”, said that “The BBC has held a high-level seminar with some of the best scientific experts, and has come to the view that the weight of evidence no longer justifies equal space being given to the opponents of the consensus.”

So that was that: by fiat the BBC decided the narrative had changed; what numerous people from scientific and non-scientific backgrounds either refused to be convinced by or actively disbelieved had actually to be promulgated.

This is excellent evidence that the “impartiality” meme on which the BBC base their public service justification is unworkable, at least if they are also to “educate and inform”. To do these they need to know “the truth” about newsworthy issues, which is oxymoronic really- they wouldn’t be news if they were as predicable as “truth” (for want of a better word) needs to be. Apple falls from tree- shock, disbelief!

Anyway, yesterday Roger Harrabin started criticising the Met Officefor failed forecasts- the same Met Office which has been teaching the Beeb all about global warming. Is this preparatory for what could be known as the BBC’s Great Climate Trackback?

For some odd reason, I figure this is a story the BBC won’t be running anytime soon! You see, it appears that a new peer-reviewed climate study is presenting a head on challenge to man-made global warming claims.

The study by three climate researchers appears in the July 23, 2009 edition of Journal of Geophysical Research. Three Australasian researchers have shown that natural forces are the dominant influence on climate, in a study just published in the highly-regarded Journal of Geophysical Research. According to this study little or none of the late 20th century global warming and cooling can be attributed to human activity. Oh no! But I thought “the debate is over” and “the science is settled”?

Expect the BBC to remain mute on this – doesn’t gain the same ratings as “End of world due any day now”, does it? Nor does it fit the narrative! No, THIS is the relentless pro AGW line the BBC peddles. 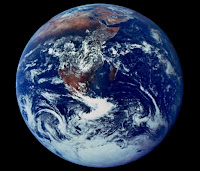 Fascinating to see here that even when the BBC is salivating over the G8 conference (aka fashionable posturing for already over sized political egos) it cannot resist the temptation to shill for AGW. Note the convenient link in the G8 story that presumes to show us how “global temperatures have risen” so reinforcing the narrative that demands we must obey Obama and the rest of the eco-loons. When it comes to climate, the BBC does not allow any debate. The starting point is that AGW is a fact, and the only issue is how much should we pay in the form of raised taxes and reduced liberties. With Robert Harrabin there to help lead the unholy (geek) chorus, is it any wonder that so many people are so spectacularly uninformed on this issue?

Meant to ask if anyone else heard Ed Milipede being allowed to waffle on about the doomsday effects of global warming and why it is vital that the UK coughs up loadsamoney to compensate the less developed world to its bit to save the planet. I just LOVED the unspoken assumption from the BBC that “the debate is over” when it comes to AGW and now the only question is how much shall we pay?

The Stern Report on climate change, commissioned by the British Government under Blair, is seen by at least some people as being “a deeply flawed attempt to justify extraordinary new taxes and regulations on carbon dumping by quantifying future economic costs should we fail to impose them.” The alarmism that pervades Stern’s politicised climate change analysis would make at least some people wary of it or at perhaps offer a balancing view. But not the BBC. It holds the line that the Stern Report understates the actual climate change position – or as Professor David King puts it on this item, is “too conservative.” Listen to the sympathetic hearing King is given as he waxes lyrical on the need to impose action now – in order to save the planet. This climate change fascists are given a free ride each time they appear on the BBC.

Here’s a lovely item which positively glows with praise for the wise Obama as he decides that he needs to “regulate” the “pollutant” that is CO2 apparently. The idea that CO2 is NOT a pollutant – a view held by many prominent scientists – does not get a mention. First Obama regulates the banks, and now he wants to regulate the atmosphere.

Did you read this instance of climate alarmism? As ever, just one point of view. It’s not news, it is propaganda.

Another morning, another hysterical story proving just how bad “global warming” is for dear old Blighty! The BBC provided a platform for Ruth Davis head of “Climate change” at the Royal Society for the Protection of Birds to give flight to her theory that Britain’s birds are being driven northwards and towards extinction by the grim advance of global warming. There’s nothing like a little one-sided climate sensationalism to get the week off to a good start!