“Victoria Derbyshire confirmed every prejudice I ever held against her today as she presented a phone in on unemployment. Derbyshire lives in the BBC bubble completely out of touch with reality continually expressing either amazement or outrage at everyday realities that most people recognise as ‘normal’.

She of course is flown to work by her employers, and no doubt gets a couple of hundred thousand pounds for her trouble…when she turns up for work that is….and all paid for by the enforced generosity of the viewing public.

When told by an employer that people that applied for jobs either didn’t turn up for the interview or when they did they didn’t really want the job she firstly blamed him for not selecting the right people or wording his adverts wrongly….and these were jobs for a van driver and leaflet posters…but then went on to rant about him not paying them enough (although she didn’t actually know how much he pays).

Derbyshire in full flow (about 1 hour 17 mins into show)…’Well if you paid them a decent wedge they would do it (leafletting)…it’s got to be the most boring job in the world, it’s got to be difficult when it’s pouring down or when it’s freezing…but if you get a good hourly rate surely people would carry on after day one!?’

The employer said they wouldn’t.

Derbyshire then decides perhaps it would be good to do some journalism and to ask him what that hourly rate was…he said £7-8 /hour….working about 5 hours a day.

Derbyshire nearly faints at the thought declaiming in shocked tones….’£40 for 5 hours work?….would you do it?’

What planet is Derbyshire on?…this woman prides herself on being the nation’s conscience, it’s social and moral arbiter…a woman who presents these programmes day in day out looking into the heart of social issues of ‘deprived Britain’.

And yet she has no idea of what a normal working man might earn.

Let’s have a comparison taken from official figures……what might some other workers….many of them skilled, earn (all based on 8 hour day)?

My postman earns £7/hr….and out in the\’pouring rain and freezing weather’.

These are nearly all jobs that require a good level of training and yet they pay no more than the leafletting job that Derbyshire expresses her shock about.  How on earth can this person really put herself forward as a serious journalist if all she really relies on is her own personal prejudices and half baked beliefs to inform her inane witterings.

And it might be noted with great rolling of eyes that it was her ‘investigation’ into the recent riots that was used as part of the evidence into the causes of them….no wonder the conclusions that were reached were so far from the truth. Is it any wonder that the BBC sets itself against every policy that the government has when it has such unrealistic ideas about the real world and the lives people really live.

These presenters cushioned from the harsh realities of life, living it up on license payer’s money…the dustman’s, postman’s, nurse’s and leafletter’s on £7.50/hr…..have a naive and simplistic view of life little realising that real people have to work hard for what little they earn and that the relevant word is ‘earn’ not sitting there waiting for handouts or wandering into a nice warm studio to do a couple of hours chatting and then fly down to your well appointed London home.

Nice work if you can get it.

Oh and to Dan Cruikshank (who I like a lot), fish and chips may be nourishing, tasty and cheap but I don\t think they ‘more importantly represent the fusion of cultures….a fusion of the Jewish emigre culture of East London and the working class Communities of the North.’

“In case anyone missed it, the Victoria Drbyshireshow on 10/01/12 had a typical discussion about the recent report stating that immigration had a negative effect on jobs (only for youths aparently).I did listen to as much as I could stand at the time,immigrants work harder, speak, read and write better than Brits,etc. (Not including journalists and their like obviously). This is to be expected of course and I am in no way remotely offended by such talk! I’m not allowed to be!

What really jumped out towards the end was a figure called Jonathan Portes from NIESR (yawn). After completely rubbishing Migrationwatch claiming that “they don’t understand statistics” he scoffs at Sir Andrew Green comparing Manchester with Windsor and the unemployment levels in each only to admit that of course there are far more people in Manchester seemingly unaware that he is AGREEING with Migrationwatch that more people in an area will inevitably mean less jobs! Well said that man! Still available on beeb site/ VD show and timed at about 1h13m in to programme”

“The caring broadcaster that is Victoria Derbyshire who gives a voice to the disaffected of Britain, whether Muslim extremists, student protesters or rioting, house burning, thieving chavs, is so dedicated to getting those voices heard that she commutes from her London home to Salford, Manchester (most days).

How does she do that? By flying. The woman who castigates bankers and irresponsible capitalism ‘jets’ to work most days like any highly paid executive. Not paid for by the BBC….well yes the ticket is paid for by her, but from her BBC salary, paid from our license money….or as she might put it ‘the public’s money’.

‘….raised eyebrows at her flying to Manchester each day to do the show, although this is not paid for by the BBC.’
Read more: http://www.dailymail.co.uk/tvshowbiz/article-2083432/BBCs-Victoria-Derbyshire-finds-grim-North-just-60-cent-shows-broadcast-Salford.html#ixzz1imWa45V4 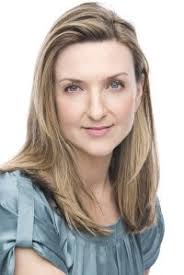 Some may winder if the pouting Victoria Derbyshire over on BBC 5 Live in danger of being perceived of inciting disorder and riots against government policy? A Biased BBC reader says of her programme the other day…

She spent the day with student protesters on the last two protests and now is asking ‘What is the best way to make your voice heard?‘ against government policy…this assumes of course that that policy is wrong or bad. She helpfully named the time and place of the next protest. The guests are all left wing radicals…one of whom has just suggested smashing things up…VD’s only question…’Isn’t that ineffective?’….no shock that violence is suggested….though she has told the guest off for saying ‘bollocks’.

Derbyshire’s name and attitude towards the Coalition government comes up time and time again in correspondence to me. Have you a view on her to share?

I try not to listen to BBC Radio 5 as it is usually too awful for words. HOWEVER, I did catch Victoria Derbyshire’s programme earlier and in particular a discussion on progress or otherwise of the Coalition. Anyone else hear it? I wasn’t surprised that the largest number of callers were unhappy with the Coalition – I am sure those manning the switchboard made sure of that – (Plus – some others are actually working!) but it was the tone Derbyshire took with those who dared attack Labour’s record. By any definition she came across as defensive and was plainly uneasy when callers dares to criticise the previous Great Leader. As I say, I try not to listen to this station – and will try even harder going forward!